"Better too much than too little" – this is still all too frequently the motto with regard to the removal of supposedly faulty products from the production flow.  Of course it is necessary to consistently reject packaging which has been incorrectly filled, wrongly marked, is contaminated or has a leak.  This is the only way to sustainably protect the health of the consumer and the reputation of the brand.  However those who do not wish to waste resources should make sure that the share of incorrectly rejected products is kept as low as possible.

Reducing the false rejection rate by only one per mill already results in savings in the medium term which are not to be underestimated:  in total 70,000 fewer full containers, which are in fact acceptable, end up as waste in a filling plant with an effective line output of 40,000 containers per hour producing 250 days per year seven hours per day in a one shift operation.  With a merchandise value of 50 cent each this already represents an annual saving of 35,000 euro and this is even considerably more than 100,000 euro over three shifts.

An investment which pays off

Furthermore a lower proportion of false rejections, together with an intelligent conveyor control system, optimises overall equipment effectiveness (OEE).  For example if this only increases from 80 per cent to 81 per cent along a line with a nominal output of 40,000 containers per hour the annual output is raised as a result by a full 700,000 products in a one shift operation alone.  At the same time production times and staff requirements are reduced.

Therefore the indirect effects of superior inspections, reliable rejections and optimal conveyor regulation pay off immediately – in cash!  Consequently an investment in innovative HEUFT systems turns out to be profitable very quickly.  In addition a lower amount of false rejections also sustainably restricts the futile wastage of food products:  only that which is really no longer marketable ends up as rubbish.

The detection accuracy was developed significantly more than ten years ago with the introduction of the HEUFT reflexx high-performance image processing system in order to make a clearer distinction between real faults and supposed faults.  In this way it was possible to halve the false rejection rate.  This is 0.3 per cent on average when inspecting full containers with a fully equipped HEUFT eXaminer XO.

And soon even more is possible.  Because the HEUFT reflexx² combines the clear detection of different objects with their specific classification.  A further reduction to the share of unwanted false rejections can be expected in conjunction with the new HEUFT SPECTRUM II device platform which determines the position of the containers more precisely thereby increasing the measuring accuracy.  The impact would be large even if this only made a difference of 0.2 per cent i.e. two per mill:  based on our sample calculation this would mean that at least 140,000 fewer saleable products would end up as waste annually.  This corresponds to a saving of 70,000 euro just in terms of the assumed value of the goods!

Less noise in the bottling hall 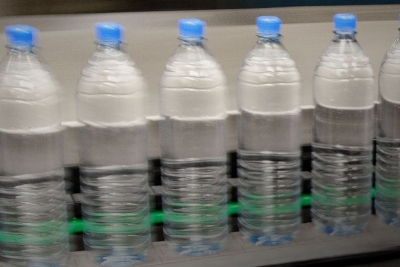 An end to jackstraws with bottles 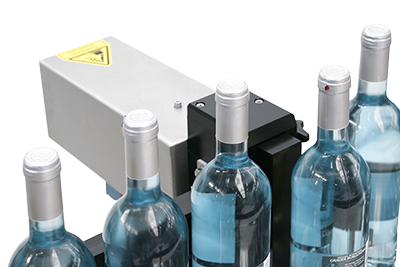